Like NIF, the LMJ intends to use cryogenic targets in inertial confinement fusion (ICF) experiments supporting France’s nuclear weapons program as well as fundamental science. The French facility will use 176 laser beams to focus more than one megajoule of ultraviolet laser energy on tiny targets containing a partially frozen mixture of the hydrogen isotopes deuterium and tritium (DT).

Cryogenic targets are the preferred configuration for ICF because the fuel can be compressed isentropically, minimizing the laser energy required to achieve ignition conditions. Cryogenically cooling the fuel to at or just below the “triple point” of hydrogen — the temperature and pressure that allows the solid, liquid and gaseous phases of hydrogen to coexist in equilibrium — enhances the density of the fuel and improves the chances of achieving the required density for ignition. 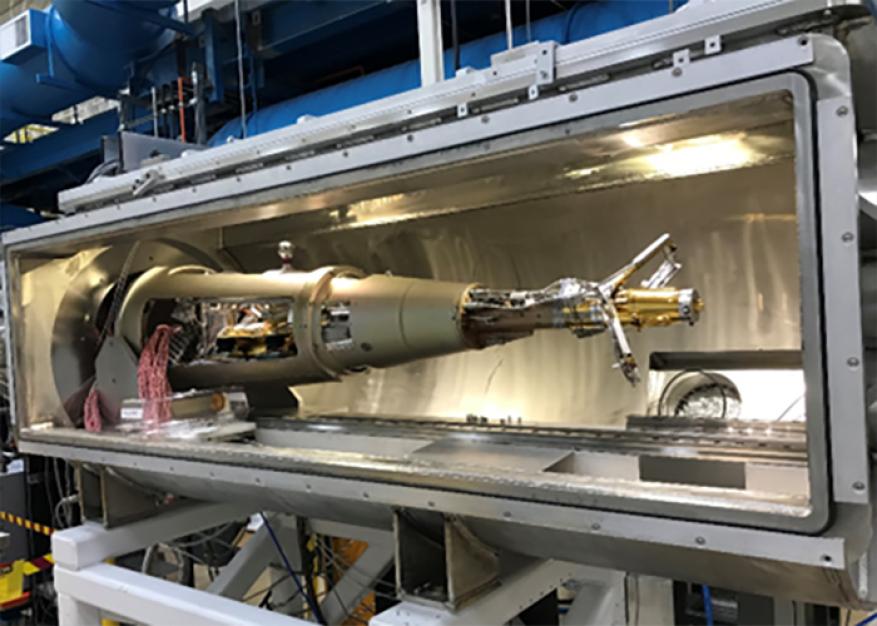 NIF’s line-replaceable target inserter cryostat (L-TIC) in a test vessel. The two Y-shaped arms at the front hold a shroud around the cold target to protect it until they open eight seconds before a shot. Cryogenically cooling the target reduces the amount of laser energy needed to achieve ignition.

To create and insert cryo targets into the LMJ’s target chamber, researchers are developing the equivalent of NIF’s cryogenic target positioner, or CryoTARPOS. LLNL and CEA have agreed to a multi-year strategic partnership for the Laboratory to develop and construct a line-replaceable target inserter cryostat (L-TIC) for the LMJ. The L-TIC will hold the target capsule and cool the fuel to cryogenic temperatures of about 18.5 Kelvin (minus-426 degrees Fahrenheit).

Strategic partnerships enable outside organizations to pay the Laboratory to perform a defined scope of work with tasks that draw on the Laboratory’s unique facilities, equipment and personnel.

“To support the (National Nuclear Security Administration’s) Stockpile Stewardship Program and all of our ignition targets, we need to cool down deuterium-tritium fuel to cryogenic temperatures,” said LLNL mechanical engineer Kurt Olson, project manager and lead system engineer for the project. “You put a NIF target on (the cryostat) and it precisely controls the target temperature so that you freeze the DT fuel in a very uniform, single crystal structure.”

Uniform ice thickness and a smooth inner surface are required to minimize fuel entropy, suppress the growth of implosion instabilities and improve implosion performance; the uniformity of the DT layer thickness must be greater than 99 percent and the surface roughness should be less than 1 micron. 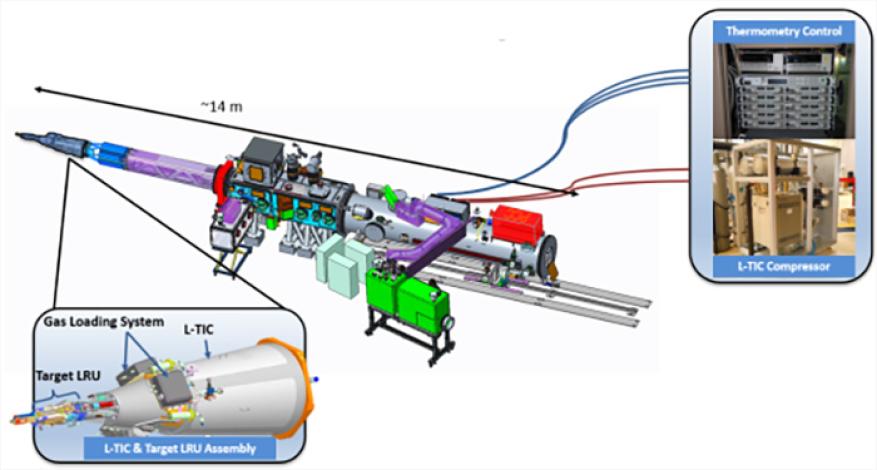 Conceptual design of the LMJ’s PCC (positionneur de cible cryogénique), the equivalent of NIF’s CryoTARPOS. At left is the design of an LMJ-compatible, line-replaceable target inserter cryostat (L-TIC) and at right are other PCC components included in LLNL’s scope of work.

Olson said the L-TIC is an enhanced version of the ignition target inserter cryostat (ITIC) currently used on NIF; it includes a line-replaceable unit (LRU) at the front to facilitate maintenance of the cryo targets and target hardware. The L-TIC’s LRU “makes it easier to install the targets and maintain some of the cryogenic components,” he said.

Designing this equipment for the CEA requires developing a new approach to installing targets on NIF. Called the target line-replaceable-unit (T-LRU), this approach allows much of the installation process to be completed in an offline lab with only the final steps requiring access to the target bay. The team plans to deploy the T-LRU on NIF to reduce worker exposure to activated equipment in the target area following high-neutron-yield experiments.

“The engineering challenge for all of us,” Olson said, “is ensuring that the LMJ’s L-TIC meets stringent temperature control and stability requirements — millikelvin accuracy and precision at less than 18 Kelvin, micron-level stability and repeatability — while interfacing with systems at LMJ that have not been developed yet.”

The LLNL team visited CEA from March 8-11 to kick off the project, and the CEA team visited General Atomics in San Diego on May 6 and LLNL from May 9-12 so the team could review the facilities and equipment needed for the cryo experiments, meet with expert groups, perform testing and generate design concepts and requirements for the CEA L-TIC.

“Adding cryo target capability to LMJ will allow for a large family of new experiments on LMJ that are not possible now,” said Thomas Lanternier, leader of the CEA primary project team. 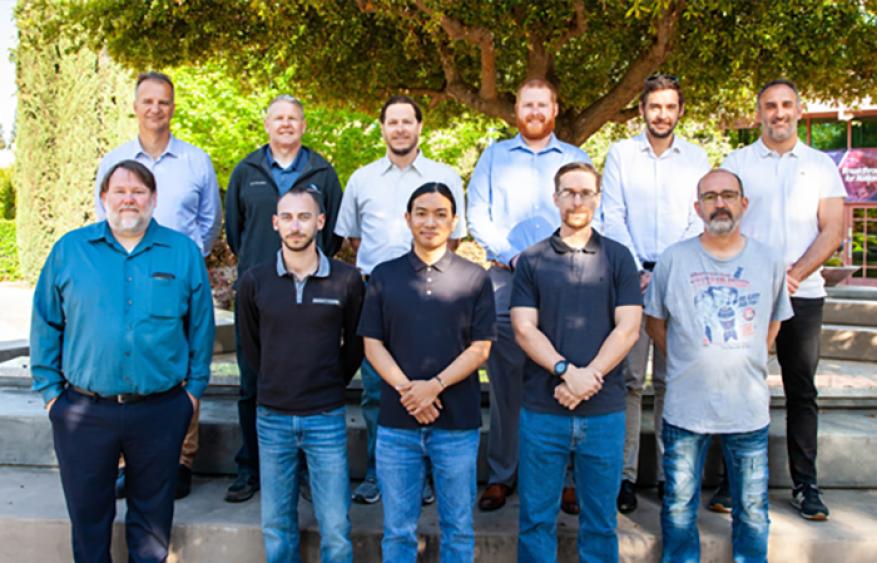 LLNL and CEA have enjoyed a long-standing collaboration that includes optics manufacturing, target development, diagnostics, machine-learning techniques and other aspects of ICF.

“When CEA started developing their cryogenic program,” Olson said, “(they knew) we're the only team that has made equipment for this purpose — to form very symmetric cryo DT layers for fielding ignition shots in an inertial confinement fusion laser system.

“There is a benefit to us as well,” he said. “This equipment has a lot of nuance to it, and it’s quite complex. We wanted to do a project like this so we maintain our existing capabilities — knowing how to design these systems, maintain them and test them to support ongoing cryogenic experiments at the National Ignition Facility.”

Another goal of the project is developing the next generation of cryogenic engineers through hands-on training and experience. “There are system experts that have been working on this since the start,” Olson said, “but they won’t be here forever. You need to transfer the knowledge while you still have some people you can lean on as needed.”