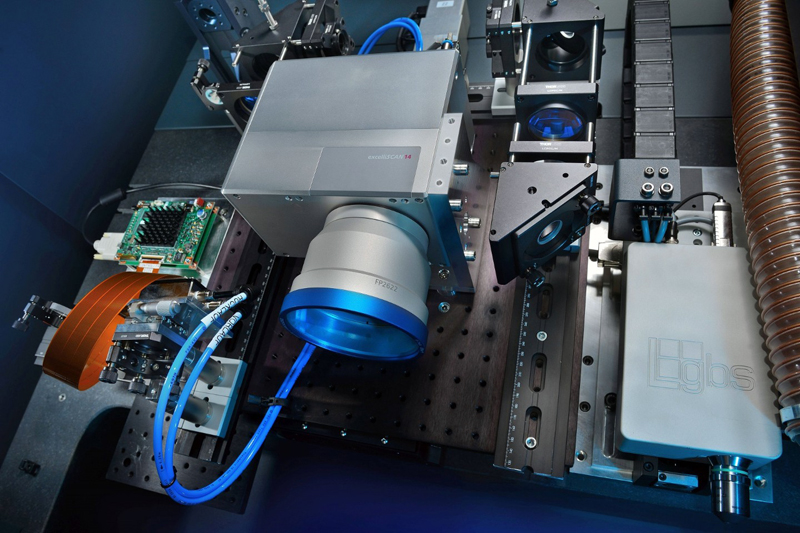 In the Joint Application Lab of Hamamatsu and Fraunhofer ILT, manufacturing processes can be investigated using a scanner-based process head with an integrated high-power SLM.

In Aachen, Germany, the partners have jointly developed an industrial processing Spatial Light Modulator-head (SLM) that can use customized, dynamic beam shaping combined with large laser average output powers for a wide range of applications. The SLM from Hamamatsu can be operated up to 150 watts of average output power.

Multi-beam systems are the key 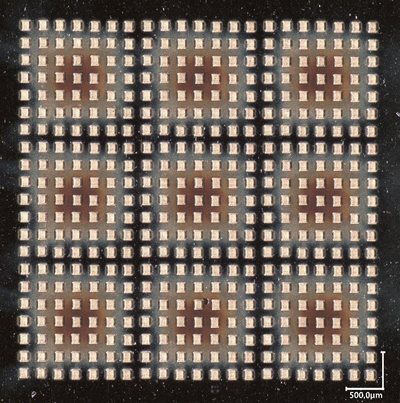 One popular method to implement these large laser powers is to split the high-energy radiation into many individual beams. This approach is already being used industrially, particularly for two-dimensional laser material processing or for the generation of periodic patterns such as filters.

Phase masks are used to generate a parallelized beam patterns with a large number of partial beams from one incident beam. This works dynamically with spatial light modulators (SLM) or statically with diffractive optical elements (DOE) made of glass. SLMs can dynamically change the phase pattern and, thus, also the beam matrix, while static DOEs can withstand higher average powers.

SLMs are particularly suitable for developing manufacturing processes that use USP laser radiation since the beam properties can be easily adapted and tailored. This applies to both the beam profile as well as the arrangement of the individual beams within a pattern.

In series production, SLMs are advantageous if beam patterns have to be changed dynamically during the process. If the beam parameters are known and static, DOEs are the better choice due to their insensitivity.

The partners have established a Joint Application Lab at Fraunhofer ILT. In this lab, the ILT is helping its customers to develop manufacturing processes. In addition, it also uses the know-how and technology it develops in new research projects.

The lab is where an industry-ready prototype is now ready for the development of manufacturing processes. This includes a scanner-based process head in which Hamamatsu's new high-power SLM is integrated. The head is integrated into a 3-axis machine with a 150 W USP laser.

This SLM has been optimized for high average power and is currently being introduced to the market. Hamamatsu received funding from the Japanese government to establish the new laboratory under the Cross-ministerial Strategic Innovation Promotion Program (SIP).

In Aachen, the system with the new SLM has been in use for various processes and applications since May 2022. The joint team has investigated the surface and volume ablation with different beam profiles and focus diameters. The flexible liquid modulator eliminates the need for tool changes.

The heat distribution in the workpiece has become increasingly important when large average laser powers are applied and USP processes are scaled in speed and efficiency. With the support of RWTH Aachen University, the ILT has been able to simulate the processes completely. In this way, the energy distribution and, thus, the heat input within a parallelized beam distribution can be optimized.