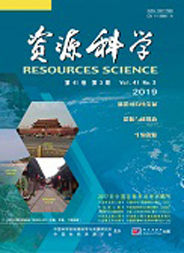 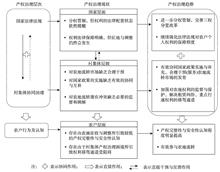 Since most of the land transferred among land rental markets is used for grain production, the effect of grain price decline is closely related to the agricultural modernization progress and the national food security in China. As one of the three staple grain crops, the price of maize experienced a significant decline during 2014 to 2016, which had an important effect on farmers’ land rental behaviors. In this study, we specifically explored the effect of maize price decline on farmers’ land renting decisions and ratio of non-grain crops with the random logit model and fixed effect model based on the three-period panel data of 621 households from 8 counties in Henan and Shandong provinces, and we got the following results. First, maize price had a significant effect land transfer, in which maize price decline increased farmers’ willingness to rent out land and decreased farmers’ willingness to rent in land, leading to the structure change among households that participated in the land rental markets. Second, rent-in households had heterogeneous strategies in dealing with the maize price decline because market-oriented rent-in grain producers enlarged the farm size by renting in more land, while non-market-oriented rent-in grain producers had no significant change in the area of land that they rented in. Third, the maize price decline aggravates the non-grain production problem by increasing the ratio of non-grain crops among rent-in households. We reached the conclusion that maize price decline can help to achieve large-scale grain production in China, but the increasing tendency to plant non-grain crops among rent-in households can have an adverse effect on the national food security. 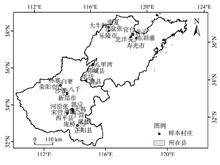 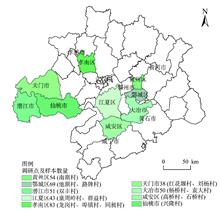 Limited by the capacity of growth of agricultural production in China in recent years, reducing postharvest losses has become an important measure to increase the food supply. For a long time, farmers store grains in their households in China for household food security, but compared with developed countries, their storage skills and facilities are limited. In order to solve this problem, the Chinese government has implemented the Scientific Grain Storage Project to improve farmers’ home storage conditions and reduce the storage losses. Based on the survey data of 1202 households in 23 provinces in China, this study used the propensity score matching method to assess the impact of adopting silos and warehouses on households’ maize storage volume and storage losses. The result shows that the silos and warehouses significantly increased the households’ maize storage, and the average maize storage reached 4655.30 kg, which is 1188.87~1368.55 kg higher than non-adopters, and it alse extended the period of maize storage for 0.2 quarter. The advanced storage facilities also reduced the degree of rodent damage in the maize storage, reducing maize storage losses by 60%, and allowing farmers to save 28 to 33 kg of maize. Adopting the advanced facilities reduced the maize storage loss rate from 2.75% to 0.87%. From the policy perspective, the government should continue to implement scientific grain storage projects and encourage farmers to adopt advanced grain storage facilities.

Get PDF
AN Xiaoning, and XIN Ling

Get PDF
Please enter the answer below before you can view the full text.
5-1=
Submit