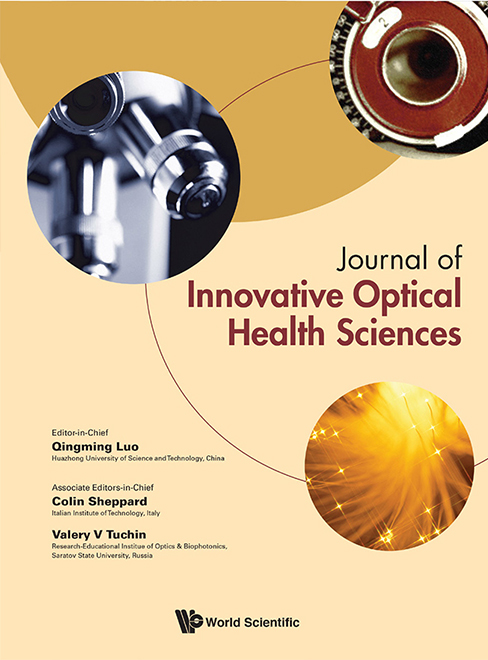 Blood glucose (BG) concentration of the human body serves as an important index for diagnosis of diabetes, and its detection methods need to be more e±cient due to high mortality rates for diabetes. Typical household BG meters are invasive products based on electrochemistry and rely on finger pricks to procure blood, which might result in skin damage and bacterial infections. Moreover, such BG meters can only detect the BG concentration at a certain time while ignoring the BG level at other times. Recently, to achieve microinvasive, noninvasive and continuous glucose monitoring (CGM) by detecting body fluid, such as sweat or tears, the research direction has been gradually developing toward wearable devices. This review discusses the glucose detection mechanism of various electrochemical and optical glucose sensors, and briefly analyzes their advantages and challenges. Additionally, wearable products based on various principles that have appeared on the market are also summarized. Furthermore, based on the analysis, this review proposes a design concept for future research directions.

Hematologic malignancies are one of the most common malignant tumors caused by the clonal proliferation and differentiation of hematopoietic and lymphoid stem cells. The examination of bone marrow cells combined with immunodeflciency typing is of great signiflcance to the diagnostic type, treatment and prognosis of hematologic malignancies. Super-resolution fluorescence microscopy (SRM) is a special kind of optical microscopy technology, which breaks the resolution limit and was awarded the Nobel Prize in Chemistry in 2014. With the development of SRM, many related technologies have been applied to the diagnosis and treatment of clinical diseases. It was reported that a major type of SRM technique, single molecule localization microscopy (SMLM), is more sensitive than flow cytometry (FC) in detecting cell membrane antigens' expression, thus enabling better chances in detecting antigens on hematopoietic cells than traditional analytic tools. Furthermore, SRM may be applied to clinical pathology and may guide precision medicine and personalized medicine for clone hematopoietic cell diseases. In this paper, we mainly discuss the application of SRM in clone hematological malignancies.

Age-related Macular Degeneration (AMD) and Diabetic Macular Edema (DME) are two common retinal diseases for elder people that may ultimately cause irreversible blindness. Timely and accurate diagnosis is essential for the treatment of these diseases. In recent years, computer-aided diagnosis (CAD) has been deeply investigated and effectively used for rapid and early diagnosis. In this paper, we proposed a method of CAD using vision transformer to analyze optical coherence tomography (OCT) images and to automatically discriminate AMD, DME, and normal eyes. A classification accuracy of 99.69% was achieved. After the model pruning, the recognition time reached 0.010 s and the classification accuracy did not drop. Compared with the Convolutional Neural Network (CNN) image classification models (VGG16, Resnet50, Densenet121, and E±cientNet), vision transformer after pruning exhibited better recognition ability. Results show that vision transformer is an improved alternative to diagnose retinal diseases more accurately.

Early diagnosis and fast detection with a high accuracy rate of lung cancer are important to improve the treatment effect. In this research, an early fast diagnosis and in vivo imaging method for lung adenocarcinoma are proposed by collecting the spectral data from normal and patients' cells/tissues, such as Fourier infrared spectroscopy (FTIR), UV-vis absorbance, and fluorescence spectra using anthocyanin. The FTIR spectra of human normal lung epithelial cells (BEAS-2B cells) and human lung adenocarcinoma cells (A549 cells) were collected. After the data is cleaned, a feature selection algorithm is used to select important wavelengths, and then, the classification models of support vector machine (SVM) and the grid search method are used to select the optimal model parameters (accuracy: 96.89% on the training set and 88.57% on the test set). The optimal model is used to classify all samples, and the accuracy is 94.37%. Moreover, the anthocyanin was prepared and used for the intracellular absorbance and fluorescence, and the optimized algorithm was used for classification (accuracy: 91.38% on the training set and 80.77% on the test set). Most importantly, the in vivo cancer imaging can be performed using anthocyanin. The results show that there are differences between lung adenocarcinoma and normal lung tissues at the molecular level, reflecting the accuracy, intuitiveness, and feasibility of this algorithm-assistant anthocyanin imaging in lung cancer diagnosis, thus showing the potential to become an accurate and effective technical means for basic research and clinical diagnosis.

Drug addiction can cause abnormal brain activation changes, which are the root cause of drug craving and brain function errors. This study enrolled drug abusers to determine the effects of different drugs on brain activation. A functional near-infrared spectroscopy (fNIRS) device was used for the research. This study was designed with an experimental paradigm that included the induction of resting and drug addiction cravings. We collected the fNIRS data of 30 drug users, including 10 who used heroin, 10 who used Methamphetamine, and 10 who used mixed drugs. First, using Statistical Analysis, the study analyzed the activations of eight functional areas of the left and right hemispheres of the prefrontal cortex of drug addicts who respectively used heroin, Methamphetamine, and mixed drugs, including Left/Right-Dorsolateral prefrontal cortex (L/R-DLPFC), Left/Right-Ventrolateral prefrontal cortex (L/R-VLPFC), Left/Right-Frontopolar prefrontal cortex (L/R-FPC), and Left/Right Orbitofrontal Cortex (L/R-OFC). Second, referencing the degrees of activation of oxyhaemoglobin concentration (HbO2, the study made an analysis and got the specific activation patterns of each group of the addicts. Finally, after taking out data which are related to the addicts who recorded high degrees of activation among the three groups of addicts, and which had the same channel numbers, the paper classified the different drug abusers using the data as the input data for Convolutional Neural Networks (CNNs). The average three-class accuracy is 67.13%. It is of great significance for the analysis of brain function errors and personalized rehabilitation.

Low-dose computerized tomography (LDCT) scanning is of great significance for monitoring and management of pulmonary nodules on chest computerized tomography (CT). Nevertheless, the malignant potential of these nodules is often difficult to detect, especially for some smaller pulmonary nodules on LDCT images. Recent advances using the state-of-art computer-aided detection (CAD) system have attempted to address this problem by identifying small nodules that can be easily missed during clinical practice. CAD is used in two reading modes: Concurrentreader (CR) mode or second-reader (SR) mode. In this study, we prospectively evaluated the efficiency of a CAD system's SR and CR modes in detecting pulmonary nodules on LDCT. We found that the SR mode improves pulmonary nodule detection regardless of the dose and experience level, especially for interns in the low-dose setting. The CR mode maintains the sensitivity of SR mode while significantly decreasing reading times.

View fulltext
Please enter the answer below before you can view the full text.
8-2=
Submit