Since the first ruby laser was invented, researchers have focused their attention on how to achieve a strong laser light source, which cannot be produced by the ordinary light sources. Since then, the rich and colorful characteristics of nonlinear optical materials have been discovered, such as the saturation absorption, reverse saturation absorption and nonlinear refraction. They are applied to optoelectronic devices, optical switching devices and optical communication. At the same time, with the increase of the requirements for device integration performance in industrial production, ordinary three-dimensional devices are difficult to meet the production requirements, and the advent of low-dimensional semiconductor devices effectively solves this problem. Therefore, the combination of nonlinear optics and low-dimensional semiconductor materials is a general trend. The emergence of quantum dots, quantum wire lasers, and amplifiers confirms this. In this paper, we summarize the frontier work on nonlinear optics by selecting several special low-dimensional structures and several materials, providing some references for future research. However, due to the fact that the instability and low filling ratio of low-dimensional materials remain to be improved, further relevant research is still required.

Manipulating the core-shell structure with the optical force has been extensively studied, giving birth to applications such as particle sorting, biomarkers and drug delivery. Tailoring the optical force exerted on the core-shell above the metallic film remains unexplored, despite the obvious benefits for both fundamental research and applications including strong coupling, surface enhanced spectroscopy, nanolaser, and nanoscale sensing. In this work, we systematically investigate the optical force exerted on a dielectric/metal core-shell above a gold film by utilizing the Maxwell stress tensor formalism. It is found that at the present gold substrate, the optical force on the core-shell can be one order of magnitude larger than that on the individual core-shell due to the strong coupling between the core-shell and the gold film. Interestingly, the direction of the optical force can be reversed from positive to negative by distributing the local field from the upside of core-shell to the structure gap through changing the excitation wavelength. Furthermore, we demonstrate that the magnitude and peak wavelength of the optical force can be well controlled by altering the structure gap, the size and refractive index of the core. More specifically, it is found that the coupling strength between the core-shell and the gold film decreases with the gap size increasing. As a result, we observe the blue shift of bonding mode and the decrease of local field in the gap, which leads the force peak wavelength to be blue-shifted and the force peak magnitude to decrease, respectively. Also, by increasing the radius and refractive index of the core, a red shift of force peak is accompanied with the red shift of the bonding mode. In addition, the force peak magnitude follows the same trend as the total local field enhancement factor when the radius and refractive index of the core change. We hope that our results open the way to control the cavity size of particle on film structure, which would be beneficial for tailoring the light matter interaction even down to single molecular level and promises to have the applications in novel functional photonic devices.

To achieve simultaneous protection against both pulsed and continuous wave (CW) or quasi-CW lasers, significant research effort has been devoted to the state-of-the-art optical limiting (OL) materials and processes in an attempt to achieve some measures of protection against such laser beams in the past decades. Two-dimensional (2D) nanomaterials with a lot of unique properties, including graphene, transition metal dichalcogenides, black phosphorus and others, have aroused the extensive research interest of many researchers. In this review paper, we describe systematically the OL mechanisms and the recent achievements in the 2D nanomaterials and their organic/polymeric derivatives for laser protection. In an effort to sustain the advantage of 2D nanomaterials, one can not only introduce the functional molecules or polymers to blend with them to form a complex multi-phase material system, but also embed the soluble 2D nanosheets covalently functionalized with organic/polymeric materials in a polymer host to form host-guest composite materials that are expected to improve the OL performance of the whole system. All in all, an optimized complex multi-component nanomaterial system enormously enhances the performance and applicability of OL devices. In addition, the fundamental studies of the photophysical and photonic properties of 2D nanomaterials and their derivatives in various solid hosts are of significance for modifying the nanomaterials at a molecular level.

The coupled nano-structure Ag@SiO2 has both plasmon excitation like metallic nanoparticles and diffraction scattering like a dielectric nanosphere, which effectively controls the propagation path and the energy distribution of incident light and shows great potential applications in light trapping for thin film solar cells. In this work, we construct a three-dimensional electromagnetic model based on the finite-difference time-domain (FDTD) and rigorous coupled-wave analysis (RCWA) method to investigate the regulation mechanism of Ag@SiO2 coupling structure to the spectral response of amorphous silicon cells. By being optimally designed, a high-efficiency cell device is achieved. The results show that the transmitted light into the active layer reaches a maximum value when Ag and SiO2 have their feature sizes of 18 and 150 nm, respectively. The absorption spectrum of the corresponding cell device also arrives at its maximum value. The photoelectric conversion efficiency is enhanced from 7.19% to 7.80%, with an increment of 8.48% compared with the flat solar cell with an equivalent thickness of absorbing layer.

As a new two-dimensional material, bismuth nanosheet is an effective modulator for realizing a mid-infrared pulsed laser, which benefits from its suitable band gap, higher carrier mobility and better room temperature stability, as well as its excellent electrical and optical properties. The mid-infrared single-crystal fiber is a preferable gain medium for high-power laser because of its advantages of both crystal and fiber. In this paper, a bismuth nanosheet saturable absorber is successfully prepared by the ultrasonic method and used for the first time in a diode-pumped Er:CaF2 single-crystal fiber mid-infrared passively Q-switching pulsed laser. A compact concave planar linear resonator is designed to study the Q-switching Er:CaF2 single-crystal fiber laser with bismuth nanosheets serving as saturable absorbers. The pump source is a fiber-coupled semiconductor laser with a core diameter of 105 μm, a numerical aperture of 0.22, and a central emission wavelength of 976 nm. The pump light is focused onto the front end of the gain medium through a coupled collimating system with a coupling ratio of 1∶2. The gain medium is a 4 at.% Er3+:CaF2 single-crystal fiber grown by the temperature gradient method, and this fiber has two polished but not coated ends, a diameter of 1.9 mm, and a length of 10 mm. To reduce the thermal effect, the single-crystal fiber is tightly wrapped with indium foil and mounted on a copper block with a constant temperature of 12 ℃. The input mirror has a high reflection coating at 2.7–2.95 μm and an antireflection coating at 974 nm, with a curvature radius of 100 mm. A group of partially transmitting plane mirrors are used as output couplers, respectively, with transmittances of 1%, 3%, and 5% at 2.7–2.95 μm. The total length of the resonant cavity is 26 mm. By inserting the bismuth nanosheet into the resonator and carefully adjusting its position and angle, a stable mid-infrared Q-switching laser is obtained. At the absorbed pump power of 1.52 W, a pulsed laser with an average output power of 190 mW is obtained for an output mirror with a transmittance of 3%. The shortest pulse width is 607 ns, the repetition frequency is 58.51 kHz, and the corresponding single pulse energy and peak power are 3.25 μJ and 5.35 W, respectively.

As a member of the metal phosphorus trichalcogenide family, MPS3 is widely used in nonlinear optics and devices, which can be regarded as a significant benefit for the excellent photonic and optoelectronic properties. In this work, the MnPS3 nanosheet is prepared by the chemical vapor transport method and the MnPS3 saturable absorber is demonstrated by modifying mechanical exfoliation. To the best of our knowledge, the dual-wavelength self-starting mode-locking erbium-doped fiber laser with MnPS3 saturable absorber is demonstrated for the first time. The dual wavelength mode-locked laser with a pulse repetition rate of 5.102 MHz at 1565.19 nm and 1565.63 nm is proposed. Its maximum output power at the dual-wavelength is 27.2 MW. The mode-locked laser can self-start and stably run for more than 280 h.

Characteristics of a triggered bipolar lightning flash obtained in the Shandong triggering lightning experiment (SHATLE) are analyzed based on simultaneous observation results of lightning very high frequency (VHF) interferometer map, channel-base current, fast electric field change and high-speed optical images. The flash lasts about 315 ms with only the initial continuous current (ICC). As the polarity of charges transferred to the ground varies from negative to positive and then to negative, the ICC can be mainly divided into three stages including the first negative ICC stage, positive ICC stage, and second negative ICC stage, respectively, for 152.755 ms, 87.225 ms and 75.02 ms. Charges transferred to the ground during the three stages are about –40.0 C, +13.3 C and –1.0 C, respectively, with the peak current of about –3.8 kA, 1.6 kA and –2.25 kA. According to the VHF interferometer map, during the first negative ICC stage, the upward positive leader (UPL) initiated from the top of the wire as negative charges starts to be transferred to the ground. The UPL develops at a two-dimensional (2D) speed of 3.7 × 104 m/s into the cloud and multiple positive branches develop in the form of small-scale and dense recoil leaders, keeping the increase of negative charge transferred to the ground. Then a negative leader (NL) initiates on a previously ionized positive branch channel and develops into the virgin air horizontally as a floating channel at a 2D propagation speed of 1.59 × 105 m/s. About 28.816 ms later after the NL develops, a negative pulse is detected in the fast electric field change, caused by a negative polarity breakdown discharge from the grounding trunk channel to the floating channel which is observed for the first time. Then about 39 μs later, the first polarity of the channel-base current changes from negative to positive, and rapidly reaches a positive peak in 1.75 ms. Subsequently, with the positive ICC decreasing, the negative leader gradually terminates about 65.85 ms after the first polarity reversal, and then 21.38 ms later the channel-base current slowly changes to the recognizable negative polarity as the second polarity reversal. A recoil leader generating in a previously ionized positive branch channel connects to the trunk channel, resulting in the initial continuous current pulse (ICCP) during the second negative ICC stage. Then several negative recoil leaders occur, tracing back to the previous positive channels without obvious current changes until the flash ends. Based on the analysis, the positive branch channel persistently transfers negative charge to the ground in the whole discharge process by the positive breakdown on the tip or the negative recoil leaders retrograding along the previous positive channels. The trunk channel is connected to the floating channel through negative breakdown discharges, linking at the positive charge accumulation area at the tail end of the negative leader or the positive polar end of a bidirectional leader towards the trunk channel, if the negative leader develops as a bidirectional leader later. Then, the net charge transferred to the ground is dominantly positive and the reversal of first channel current polarity occurs. With the negative leader disappearing, the supply of positive charge ceases, so the current polarity reverses again (the second reversal). Connection of the negative leader to the grounding trunk channel and continuous development of the positive leader are inferred to play an important role in reversing the two current polarities. In this case, the negative leader developing in virgin air might be initiated transversely in an ionized positive channel or from the end of a decayed positive leader branch of the ionized positive channel which is small and undistinguishable from the VHF interferometer map. 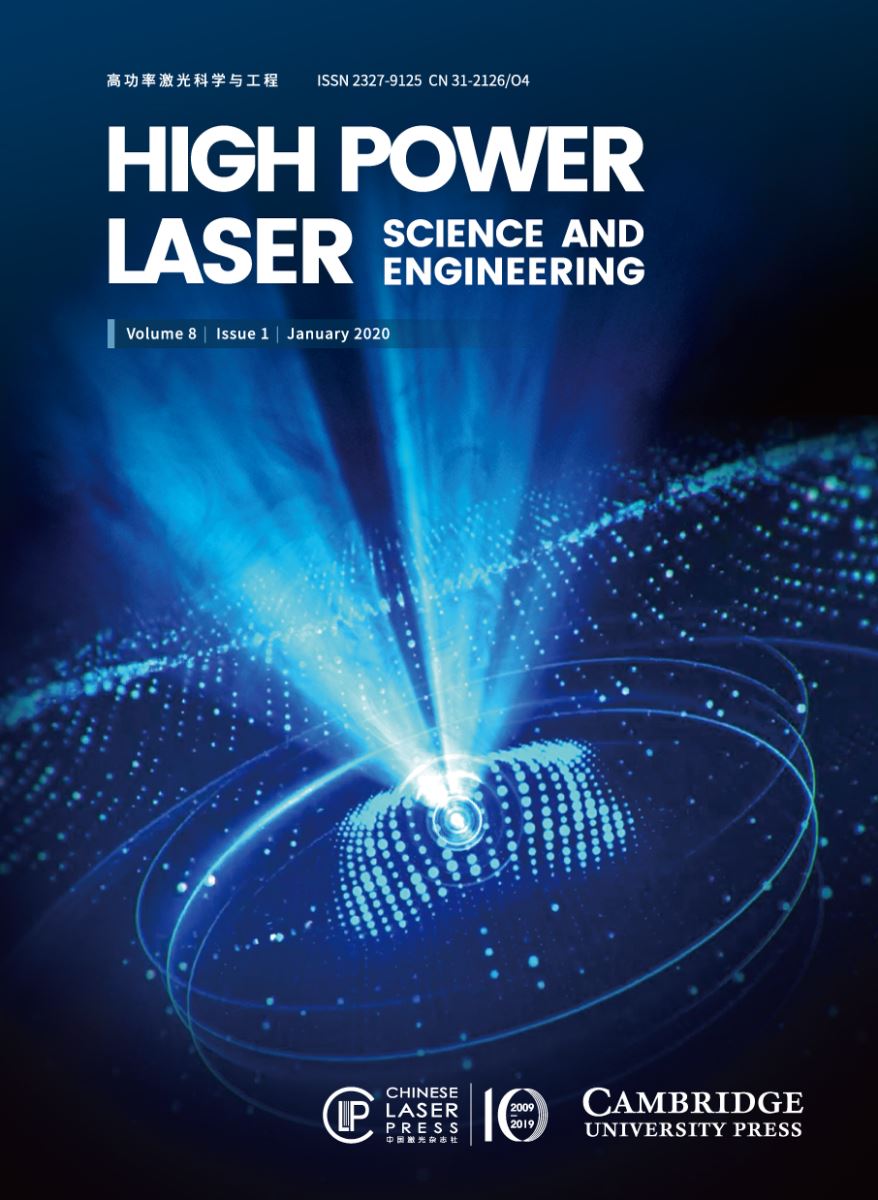 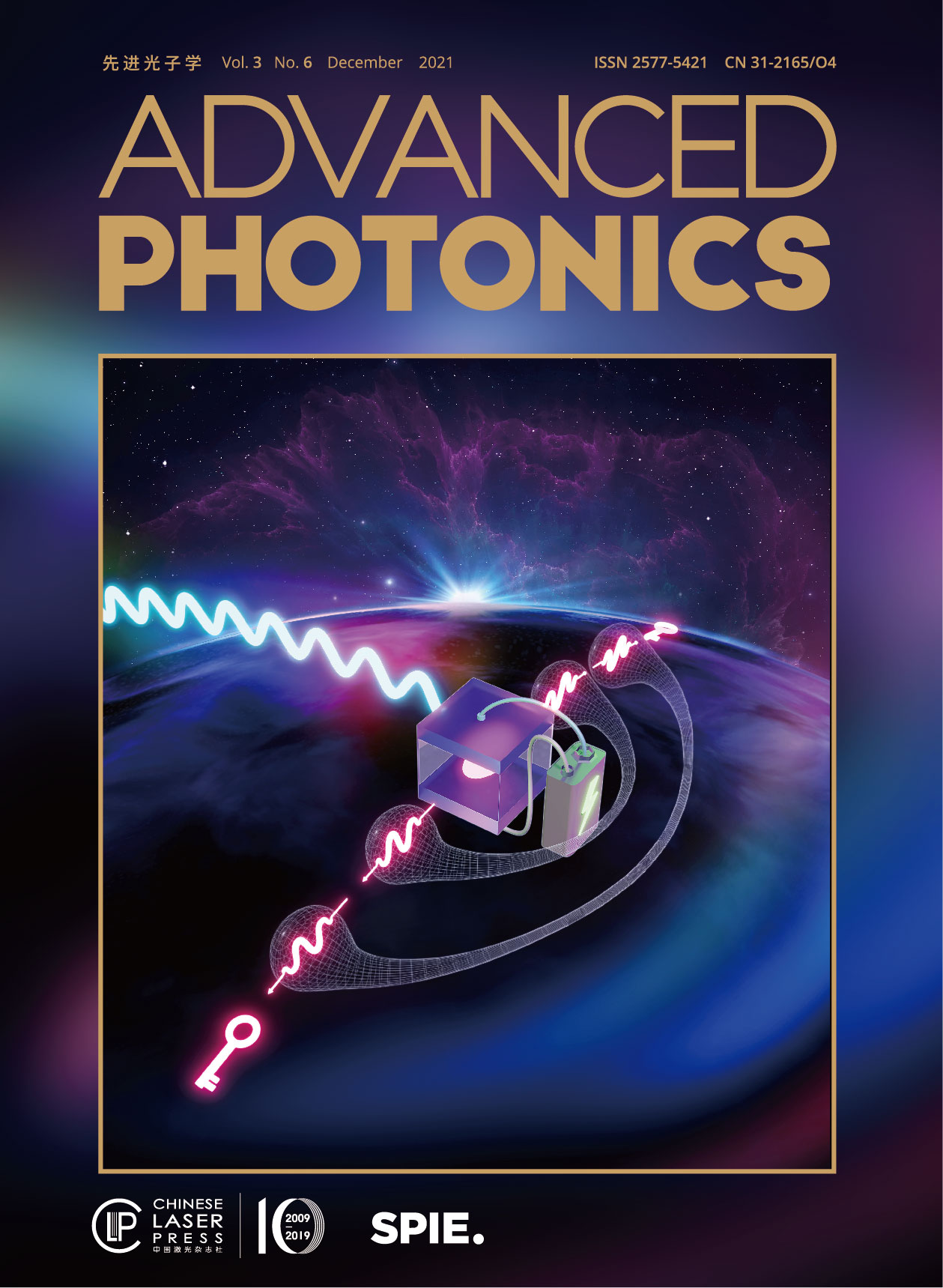